The following list are the top natural wonders Puerto Rico. Puerto Rico is known for its beautiful and amazing natural resources. If you want to get to know the island of Puerto Rico, these are the top places of nature you’d want to visit.

El Yunque Rainforest
One of the most popular areas to visit here in Puerto Rico, El Yunque has been protected by federal law since 1903. It is one of the most diverse forest in the National Forest System with it’s abundance of flora and fauna. El Yunque is also home to 12 species of Puerto Rico’s native coqui frog as well as the endangered Puerto Rican parrot.

Cavernas del Rio Camuy (Rio Camuy Cave)
Here you will find 9 bat species, a 15 mile cave system and the third longest underground river in the world. The main cave at the Rio Camuy Cave Park is Cueva Clara with its huge stalagmite formations. 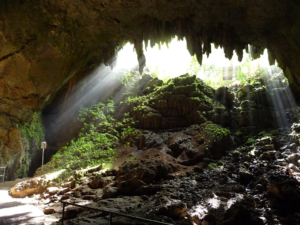 Isla de Mona (Mona Island)
The small island located 73.6km from the west coast of Puerto Rico was named after a local tribal chief. The island is approximately 22 square miles and has been designated ecological reserve by the Puerto Rican government and is not permanently inhabited. Mona island has huge 100ft cliffs, extensive coral reefs and four types of forests. Day trips to Mona Island are available.

Las Salinas de Cabo Rojo (Cabo Rojo Salt flats)
Las Salinas de Cabo Rojo has been in operation since 1525 and comprises around 1.249 acres of lagoons, salt marshes, mangroves and dry forest. The area has been listed as a category 1 resource by the US Fish and Wildlife Service. The area serves as the last stop in the northern hemisphere for thousands of birds, before reaching South America in their annual migration

Playa Flamenco (Flamenco Beach)
Located on Culebra Island Flamenco Beach ranks amongst the best beaches in the world for its crystal clear waters and white sand beaches. The beach is hugely popular with locals and visitors and is also one of Puerto Rico’s Blue Flag Beaches. 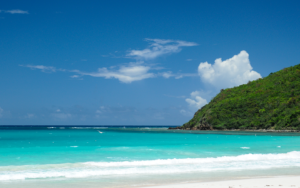 Bosque Seco de Guanica (Guanica Dry Forest)
The area was designated as a forest reserve in 1919 and is considered the best preserved, subtropical forest and the best example of dry forest in the Caribbean. It is home to around 700 species of plants, of which 48 are endangered. This is a dramatic landscape that is divided by the Bay of Guanica

Rio Tanama (Tanama River)
The river rises in the central region of Puerto Rico in the Municipality of Adjuntas and flows northeast through the northern Carso before reaching the Rio Grande de Arecibo. It provides around 22% of the water consumed by the people of Puerto Rico

Cayos de Barca (Barca Keys)
Located in Jobos Bay near Salinas and Guayama, Cayos de Barca consists of seven keys that are protected from private development by the Puerto Rico Government. Here you will find manatee, hawksbill, the bearded crabs and dolphins enjoying themselves in and around the keys.

Reserva Natural Cano Tiburones (Cano Tiburones Natural Reserve)
This reserve is located close to Arecibo on the north coast of the island and is the largest wetland in Puerto Rico and the fresh water from the karst zone in the north and ocean salt water creates a unique habitat. The reserve plays home to around 206 species of birds, 40 species of fish and 50 species of flora.

El Canon de San Cristobal (San Cristobal Canyon)
San Cristobal Canyon is located between Aibonito and Barranquitas in the heart of the Cordillera Central of Puerto Rico. The canyon is approximately 9Km with cliffs reaching an elevation of 200 meters deep. Here you will find amazing scenery and waterfalls.

Bahia Bioluminiscente de Vieques (Bioluminescent Bay Vieques)
Vieques Bio Bay or Mosquito Bay is the brightest of the three Bio Bays in Puerto Rico and it has been designated as a critical wildlife area by the Department of Natural Resources. 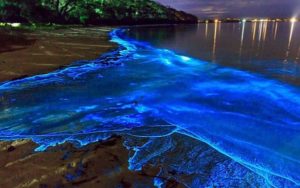 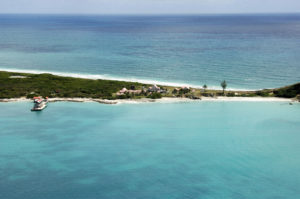 Bosque de Maricao (Maricao Forest)
The forest is located in the western region of the Cordillera Central of Puerto Rico. Both the Guanajibo River and the RÃ­o Grande de Anasco flow through the forest and it has the highest plant diversity in the island, with some 1.141 plant species.

Isla de Gilligan (Gilligan’s Island)
Gilligan’s Island is part of the Cayos de Cana Gorda and is surrounded by the crystal clear Caribbean Sea. Popular with locals and visitors the island can be reached by local boats.

Playa la Playuela (Playuela Beach)
Located close to the Cabo Rojo lighthouse the beach is known locally as Playa Sucia and is part of the Boqueron State Forest. From the beach you have a great view of the cabo Rojo Lighthouse perched on the clift top.

The top natural wonders Puerto Rico is a wonderful way to explore the island naturally and learning about all of its natural resources.