December 25? For some Puerto Ricans, that’s merely a prelude to what they feel is really the important day of the marathon Christmas Season in Puerto Rico. In fact, the Three Kings, or Los Reyes Magos, are not only venerated in Puerto Rico but throughout the Latin World.

The Kings, or Wise Men, certainly present a more spiritual and faithful representation of the birth of Christ than a once-obscure saint who came to be known as Santa Claus and who was squeezed into his signature red suit by the Coca-Cola Company. But why are they such an important part of Puerto Rican culture and customs? Here’s a closer look. 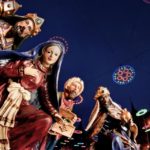 Regardless of faith, most Americans know the story, or at least, know of the story, of the Three Kings. As my venerable colleague and About Christianity Guide, Mary Fairchild, explains, we don’t know a whole lot about the Magi (which doesn’t mean magic-trick magicians but rather a general term for astrologers, seers, and fortunetellers). In their sole appearance in the Gospel of Matthew, they are never named, and hail from “the east.” (The names we have come to know them by — Gaspar, Melchior, and Balthasar — were handed to them much later on.) The most well-known thing about them, of course, is that they came bearing gifts: gold, frankincense, and myrrh.

On the night Christ was born, the were drawn by a “mysterious light” which became a star that hung in the western sky. The followed this sign to Bethlehem, where they arrived (a little late) to honor Christ’s birth. In fact, the “12 Days of Christmas,” which is so often believed to end on December 25, actually begins on the 25th and runs through January 6, culminating with the Feast of Epiphany, or “The Adoration of the Magi.” 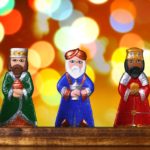 Three Kings Day, or Epiphany, is one of the most important holidays on the Puerto Rican calendar. Traditionally, the island, and most of the Latin world, marked the eve of January 6 as the day to exchange presents rather than December 25. Kids would also gather grass, hay or straw in shoe-boxes for the Magi’s horses or camels — a charming alternative to cookies and milk for Santa. (Traditionally, you’ll find carvings and artwork of the three kings on horses instead of camels; that’s because the country folk in years past didn’t know what a camel was.)

Good kids were rewarded with presents and candy, while bad kids ended up with charcoal or even dirt (which begs the question: How bad do you have to be to get dirt for Christmas?)

Today, children typically get their main presents on the 25th, but there’s always a smaller, humbler, and perhaps even more rewarding gift reserved for Three Kings Day.

The Three Kings are also a mainstay of Puerto Rican arts and crafts. They are among the most popular subjects for the island’s santos, or handmade figurines of saints and other religious persons, and practically every souvenir shop worth its salt will carry some homage to them.

3 What to Expect on January 6 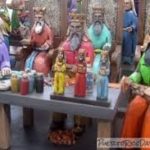 On Three Kings Day, expect parades and festivals, a time of family gatherings and parties with a more spiritual bent. Old San Juan throws an annual festival at the Luis Muñoz Marín Park with live music, food and drink, with free gifts given out to lucky kids. The highlight of the day occurs when the Three Kings come walking into town.

These particular kings hail from Juana Díaz, a town in the south of the island that is the unofficial hometown of the Magi. A statue of the kings greets you when you enter the town, and also adorns the main plaza. From this base, the Three Kings travel around the island, but their stop in Old San Juan is the largest of the island’s celebrations.