In San Juan, Puerto Rico, where the Atlantic Ocean enters the Condado Lagoon, close to the San Gerónimo fortress, there is a natural reef that protects the placid beaches from the roaring waves. Prominent among the varied formations sits a great rock in the shape of a seated Dog impassively looking out to sea.

According to local folklore, the Dog was constant companion to a local fisherman and often accompanied him on his fishing expeditions. One dark, stormy day, wary of the menacing tides, the fisherman leaves his friend behind on shore and sets out for his daily catch alone. His small, rickety craft is no match for the howling winds and swelling surf. The boat capsizes and the unfortunate fisherman drowns.

Loyal to the end, the Dog still waits, day and night, through the centuries, no matter the winds, the inclement weather or the endless assault of the battering sea, it sits, patiently waiting for its master to return. So still it is that the centuries turn it to stone. Permanent reminder of unflinching loyalty and friendship that never wavers, that never dies, the Dog Rock stares forever out to sea.

Thank you http://from-the-doghouse.com/Pup_Tails.html#Roca for providing the interesting information ab out the rock formation called the Dog Rock and the story behind it.

Explore the Condado Beach and Lagoon, Click below for more info. 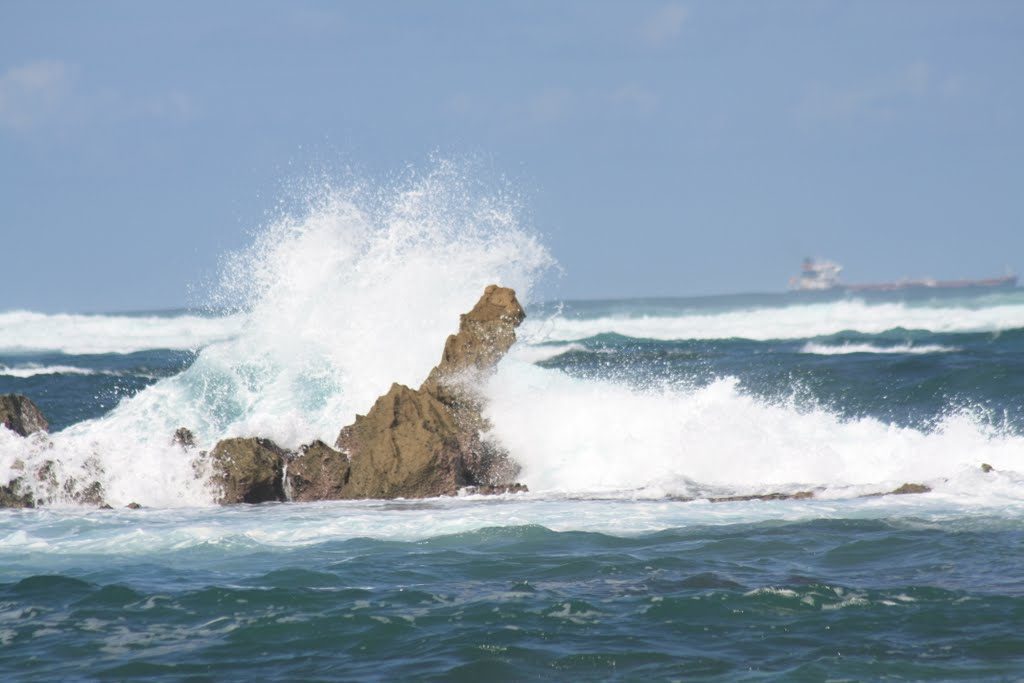