To improve aquatic communities, the San Juan Bay Estuary Program placed 45 artificial reef modules at the bottom of the Condado Lagoon. These modules, known as “Taíno Reefs”, mimic the structures of coral reefs to create new habitats on the seabed. Each module contains multiple inputs for fish. Have you seen the Condado Lagoon artificial reefs yet? 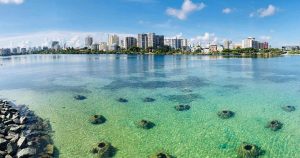 On the other hand, the outer surface provides substrate for the development of corals. Once installed, the ecological response is surprising. For example, at nine months the number and diversity of fish increased. This was verified by 176 individuals distributed in 35 species that did not exist before the artificial reefs. Furthermore, an entire community was observed in interaction; fish that fed on the algae that grow on the surface of the modules and others that took refuge in them. Also some predators ―such as horse mackerel and barracuda― while they captured their prey. At six months the first growing coral colonies were observed. Currently, more than 1,200 coral colonies grow on these structures.

The core purpose of this project was to create habitat to increase marine biodiversity and stimulate coral growth. This type of project is known as blue infrastructure. In addition, these condado lagoon artificial reefs form an underwater interpretive trail. With the proper equipment, people can observe fish, corals, and other marine life in their natural environment. In this way, the level of knowledge and appreciation for the conservation of the marine world is increased.

Today you can enjoy the underwater beauty and richness of the Condado Lagoon thanks, to a large extent, to its designation as an Estuarine Nature Reserve and the efforts to restore coral reefs, red mangroves, water quality monitoring, underwater cleanup and projects. 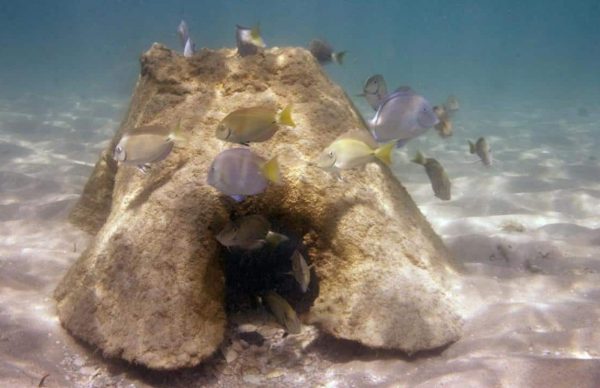 Did you know that there were various scenes of Bla

Lets test our cannon knowledge...When was the last

Time to relax! Find your favorite palmtree 🌴 an

Have you seen these peculiar formations at the Con

You sure you wanna come to Puerto Rico? You might

Enjoy the sounds of the coqui, our most authentic

Flor de Maga or Hibiscus? This has been a long tim