Bomba is an Essential Expression of Puerto Rican Culture

Bomba: Feel the beat and discover the rhythms that shaped the Island.

Before there were styles like salsa and reggaetón, there was bomba. The name does not only refer to the ancient music genre, but it is also the name of the instruments and the dance that accompanies the music. Bomba is everything.

Brought to Puerto Rico by enslaved ancestors hundreds of years ago, most of the Island’s cultural expressions evolve from it. The music can be an upbeat holandé, which is played and danced with great enthusiasm or a yubá, which is more somber and spiritual. It was the enslaved Africans’ method of expressing themselves and, although it originated in Puerto Rico, it echoes across the Caribbean. The songs, many of which are still sung today, showcased the lamento among the sugarcane plantation workers, who bared their collective souls during gatherings. 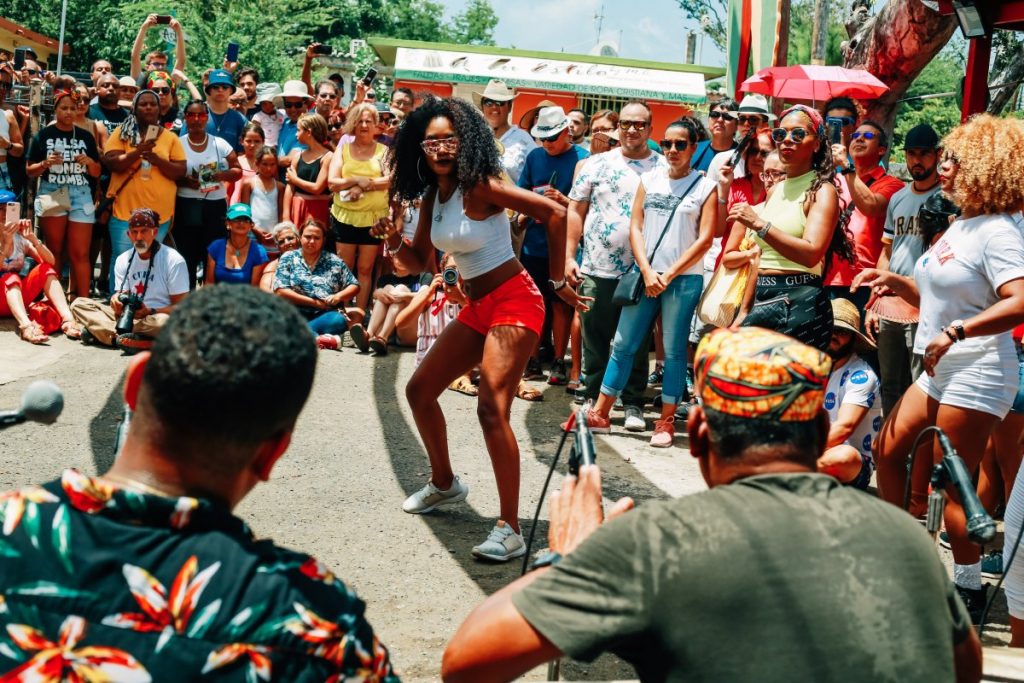 Unlike other music genres, the bomba dancer sets the rhythm for the musicians rather than the other way around. It resembles a conversation between one dancer in the center and the main bomber. The buleador is the drum that marks the beat, but the seguidor or primo is the star of the show. He is the one that follows and imitates in sound the steps of the dancer. There is only one maraca, usually played by the singer, and other instruments like the cuá, that complement the music.

In ancient times, men used to dominate the bomba scene with strong jerks and sharp steps, while the women used skirts to make subtle swings and shy movements. Then came Caridad Brenes de Cepeda, a woman who broke the unspoken rules of bomba, changing the genre forever. She used her skirt to make more aggressive moves, raising it higher than before as a sign of rejecting oppression.

Now, the bomba scene is dominated by a proud female presence, from singers to drummers and dancers that take the space to express their frustrations about inequality, gender gaps, and other struggles.

Learn and watch this video:

Did you know that there were various scenes of Bla

Lets test our cannon knowledge...When was the last

Time to relax! Find your favorite palmtree 🌴 an

Have you seen these peculiar formations at the Con

You sure you wanna come to Puerto Rico? You might

Enjoy the sounds of the coqui, our most authentic

Flor de Maga or Hibiscus? This has been a long tim