On April 17, 1797, a fleet of 60 British ships reached the coast of San Juan with the purpose of besieging the city and taking possession of the Island of Puerto Rico.

Later on, they disembarked along the shores of Boca de Cangrejos and seized Cangrejos (now Santurce), sustaining a strong attack on the island of San Juan from the east side of Laguna del Condado.

The military forces of the Puerto Rico Regiment, the Disciplined Militias and hundreds of Puerto Rican civilians came to defend the homeland from all parts of the Island.

After just 15 days they defeated the invading enemy, provoking their decisive withdrawal on May 2.

The battle became known as the 1797 Battle of San Juan. On April 22 – 28, 2019 you can relive history with the Regimiento Fijo de Puerto Rico as they re-enact various battles that took place during 1797. 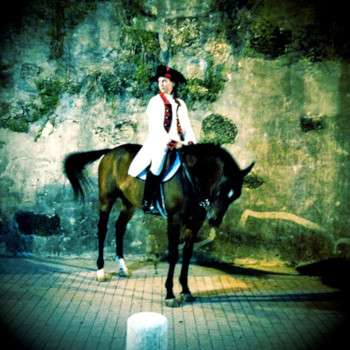 For 2019 you will see reenactments at the Casa Blanca Museum, Escambron Beach, Ballaja Barracks, Paseo De La Princesa, El Morro Fort, as well as marches through the streets of Old San Juan,

In conclusion, period costumes, weapons and battle strategies will be on display throughout the weekend as living history volunteers reenact life in 1797.

Schedule for 2019 (subject to change)

9:30am to 2pm – Casa Blanca
Demonstrations and tours of the headquarters of the Fixed Regiment of Puerto Rico in Casa Blanca.

10am to 12pm and 1:30pm to 3pm – Muñoz Rivera Park
Recreation of the British advance and skirmishes in the First Line of Defense. Artillery and infantry.

10am to 12pm – Castillo San Felipe del Morro
Demonstration of Artillery and Infantry of the Plaza de San Juan. Shots of Rifles and Cannons.