The best in whale watching in Puerto Rico….It’s ‘Whale Season’ here in Puerto Rico, yes that’s right from January to late March the waters around the west coast and northwest coast are the areas where you may see the migrating Humpback Whale.

Though the west side of the island is typically the best area to spot the whales, they can be seen along the north coast of Puerto Rico too.

During this time of year the humpback whales migrate south and during their journey they sometimes head through the Mona Passage (west of Rincon) as well as parts of the north coast.

Whale sightings are not guaranteed but the most popular places are along the coast from Cabo Rojo, Rincon and Isabella. Though it is also possible to see them further east along the north coast (if you are lucky). . In fact last week a whale was spotted in the waters just off Old San Juan. You can see the video here. 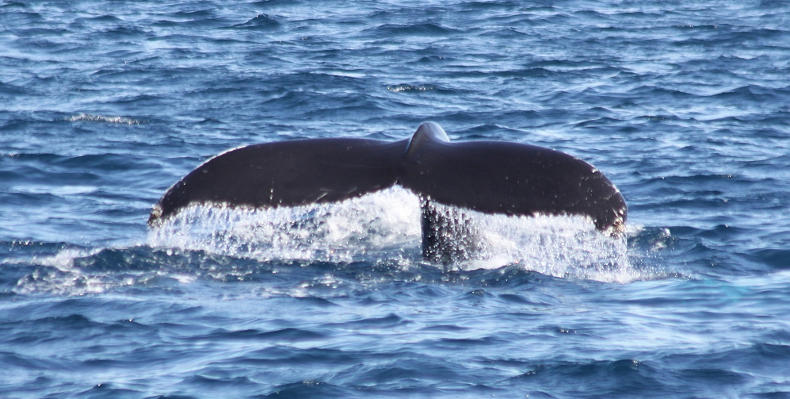 Though not specifically mentioned on their respective sites the following companies may offer Whale Watching Tours (though actual sightings cannot be guaranteed):

Some quick facts about the Humpback Whale: