The Museums Old San Juan: The rich heritage of Puerto Rico is obvious in the multiple museums that wind around San Juan. From contemporary Latin American to classic, pieces by local and international artists bring the story of the country to life. Regardless of your personal preference in art, you will be delighted in the vast selection of work on display in the museums of San Juan.

Click on the names of the attractions in below and a new window will open up with an eyetour.com video telling you more! Enjoy Museums Old San Juan. 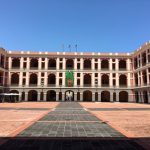 Cuartel de Ballajá and Museo de Las Américas
Cuartel de Ballajá, originally built to accommodate soldiers and their families, included kitchens, warehouses, stables, and a prison. This massive building now houses offices and the Museo de las Américas. Exhibits in the museum chronicle the cultural development in the new world and include craft exhibits, a collection of Caribbean and European art, artifacts, and a collection of carved saints.

Casa Blanca
Ponce De Leon commissioned the building of this 16thcentury house but died before he had the chance to move in. His decedents inhabited the house for the next 250 years before the Spanish military took it over. Today it is a museum of life in the 16th, 17th, and 18th century. Each room represents a different period in the 3 century time span to give the observer an idea of what life was like in each period in the house’s history. Take a peek inside.

Museo de La Farmacia and Casa de La Familia
Located at 319 Calle Fortaleza, this museum is 2 museums in one. The lower level is a replica of an 18th century pharmacy. The upper level contains a display of what an 18th century house would have looked like. The Casa de la Familia closed temporarily for renovation, but the Museo de la Farmacia is open to visitors. Take a peek inside.

Casa del Libro
This library chronicles the history of bookbinding and has several samples of bookbinding and a display of the tools used. They also have a page from the book of Amos that came from one of the original Gutenberg Bibles. Casa del Libro has temporarily relocated to 199 Callejón de la Capilla while their building undergoes renovation.

Dedicated to one of San Juan’s beloved mayors, Doña Felisa Rincón de Gautier, it chronicles her over 20 year political career.

Galería Nacional
Originally built to house a Domenican convent, it is now home to an art museum with a collection of Puerto Rican paintings from the 18th century to the 1970’s.

Museo De San Juan
Located in an old Spanish colonial building, this museum offers exhibits representing Puerto Rico’s 500 year history as a city. There is also a 30 minute documentary that runs in Spanish and English on the history of Puerto Rico.

Thank you to Tour Old San Juan, for providing such valuable information.